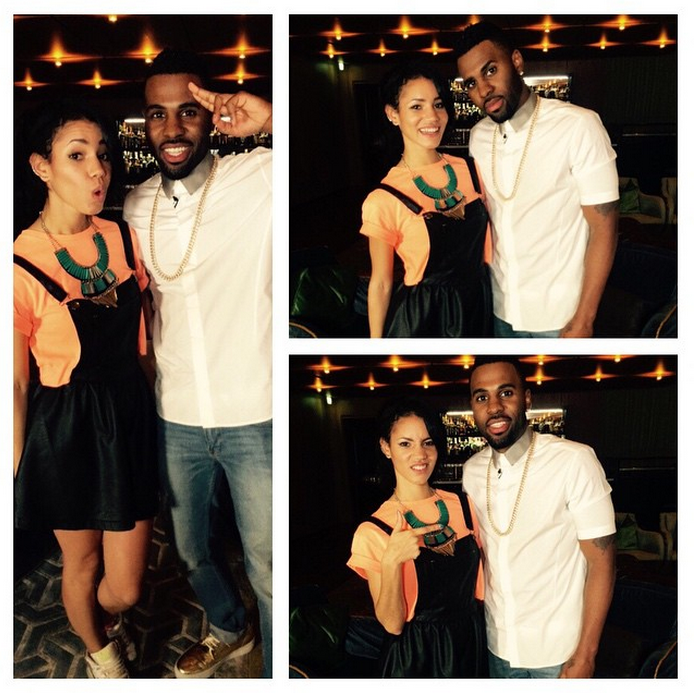 I recently hung out with Mr JD for a show called The…er…Hangout, on 4Music, Kiss and The Box. He was unbelievably sweet, up for playing all manner of arguably ridiculous games, and seemingly didn’t mind that I accused him of being responsible for a string of ‘sax offenses’ (Talk Dirty…Trumpets…anyone?!).

Catch the show at the times and on the channels below, and in the meantime you can have a gander at us playing a little game called ‘Watcha Say?’. Geddit? GEDDIT?!***

We basically do a duet, and although his people haven’t been in touch just yet about a collaboration on the next album, it shouldn’t be too long til I hear from them. The Pulitzer people too.

***It’s the name of one of his songs, it’s OK, you totally don’t need to geddit.